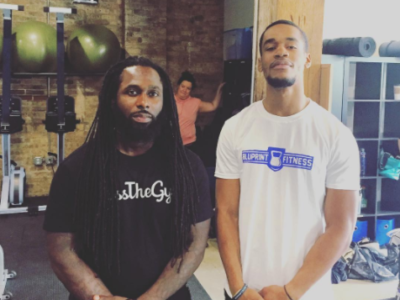 Personally, I was grateful and excited to have the chance to learn from one of the best in the business. I was especially excited to learn from an Olympic caliber lifter who was known to have their own style in the way they lift because I feel I add my “own sauce” as well. The least I can do is give you my Top Ten Takeaways from the seminar!

DISCLAIMER: As a “lifter” these are MY takeaways and what I considered to be the most valuable to me as a lifter. Other lifters might have other opinions.

1. BE HUMBLE: No this is not a Kendrick (Lamar) to Kendrick (Farris) reference. However, it was the first valuable cue I took from him. Even though he was the most knowledgeable person in the room, he was always willing to listen to feedback about cues he gave. Before and after the chit chat he would have with you about something technical in your lift, he seemed genuinely interested in your perspective on what just happened. Not to mention he never picked up anything in the gym besides his empty training bar, and for someone who holds the american clean and jerk record, that was pretty humble of him.

2. PERCENTAGES: Even though we did not directly talk about percentages. He stated that we would be working up to about 80% in both lifts. It’s hard to incorporate life changing cues to your 1RM. Same goes for your everyday training. Percentages are important as they allow you to work at heavyweight, while building volume and technique.

3. FOCUS ON THE TASK AT HAND: Find a setup that works best for you. Arguably the most important part of the lift is right before you actually start. Whether you are a novice lifter or you have been doing this your whole life, chances are you’re about to lift something heavy. Kendrick always stressed focus. Know that you are about to lift some some heavy weight and you need to not let anything deter 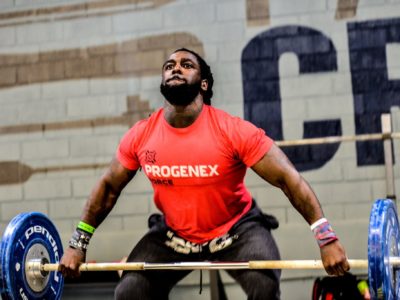 4. “GET YA BABIES OUT THE STREET”: One of the notable movie references he made was during Boyz N The Hood, Tre came across a baby in the street that belonged to one of the mothers on the block. Before he got home, he made sure to get the baby out the street and back to his mom. Translating that to both lifts, as your pulling off the ground, get your shins and knees out of the way. It’s the first step to ensuring an efficient bar path and you reduce your risk of those bruised and bloody shins – which no one loves.

5. HIPS! Its no secret that the majority of our power in both lifts comes from our hips. Even though we all know it. It’s difficult for some of us to actually make contact with the bar. If you are extending your hips all the way through the bar, during triple extension you should feel a brush against a bar. However, it is only a brush.

6. HIPS 2.0: If you are slamming your hips through the bar so much that the bar is coming out away from you then you need to tone it down. The goal of the lift is not to slam your hips into the bar as hard as you can. He noted that many times people will use the analogy of a kettle bell swing to cue the hips through. He was not a fan. He said the only goal in a kettle bell swing is hip extension, whereas with your lift the main goal is triple extension.

8. UTILIZE POWER FROM YOUR MOST POWERFUL SOURCE: We all have areas where we are 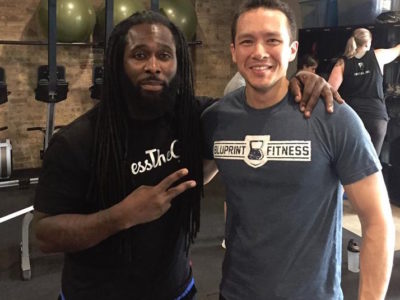 stronger than others. Kendrick’s example was his legs. If you haven’t seen his Instagram, he is back squatting 600+ pounds for reps. So his lower body is clearly his strong point. Which in my opinion is one of the reasons he uses the squat jerk. Its seems so unorthodox to us, but he said if I get under it I know I can stand it up.

9/10. WORK ON YOUR CUES/BE YOURSELF: We all have different cues that we need to focus on during the lift. At the same time everyone has different things that works for them. Know what cues you need to work on and focus on those. Within the realm of proper technique, we all have slight differences that are unique to us. After all, everyone is built differently. Know yourself, stick to what you are used to, and lift YOUR weight.