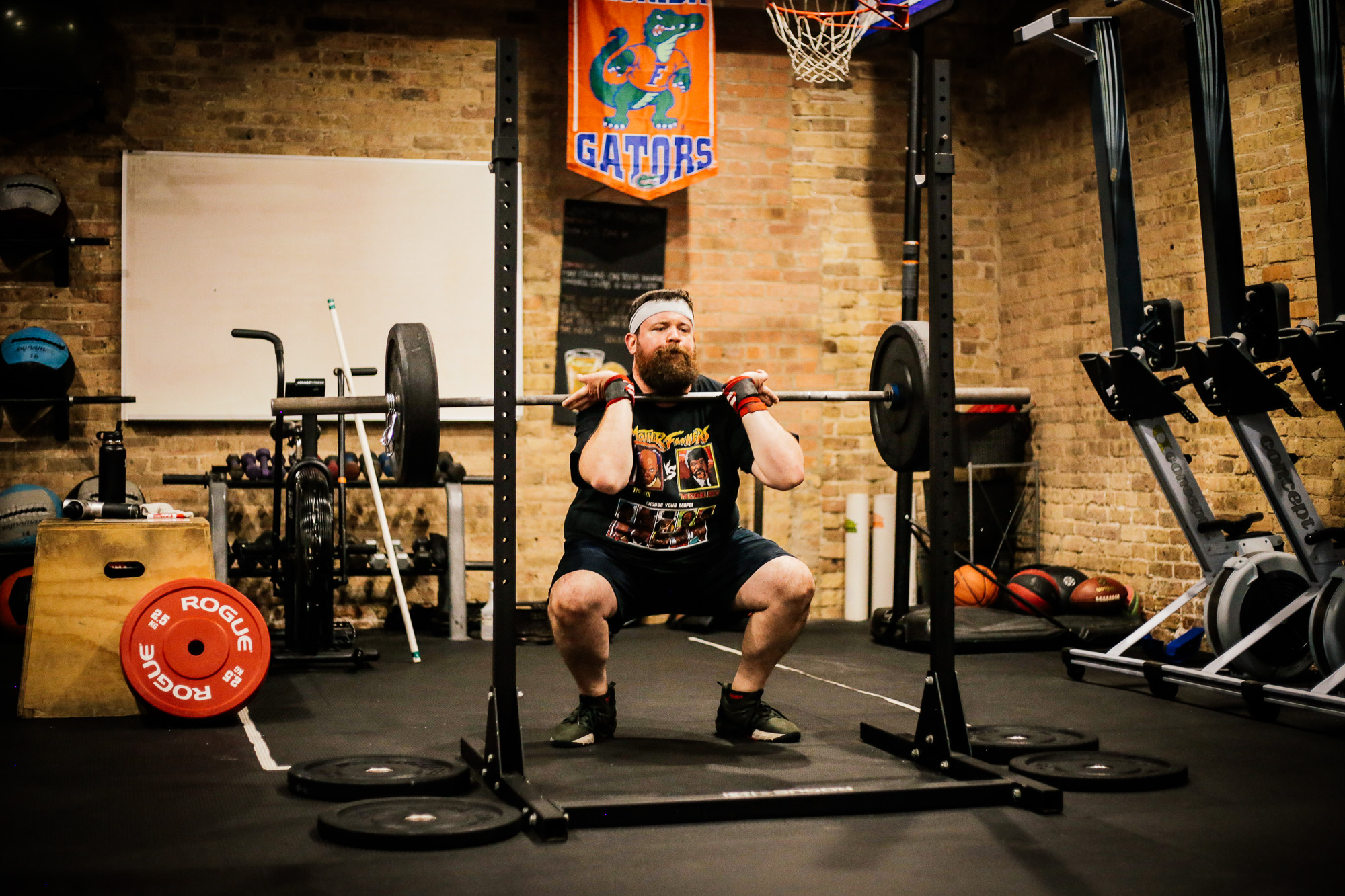 Congratulations to Josh for being named October’s AOTM! Josh joined Bluprint in January (with some encouragement from his other half) and has made some amazing progress. Since starting, Josh has dropped over 6.5% body fat, shed 23+ pounds of fat, and earned 8+ pounds of lean muscle.

On top of that, Josh’s consistency (averaged 18+ classes per month since starting) is paying off in the form of strength GAINZ. Most recently, Josh set personal records on his deadlift (365#), strict press (120#), and back squat (270#).

“I feel physically and mentally better than I did before. I look forward to class and absolutely hate it when I have to miss one. My body wants to move more. And I’m making better nutritional choices because I can feel the effect of poor choices when I hit the WODs.” – Josh

When you see him around the gym make sure to congratulate Josh on all his hard work.